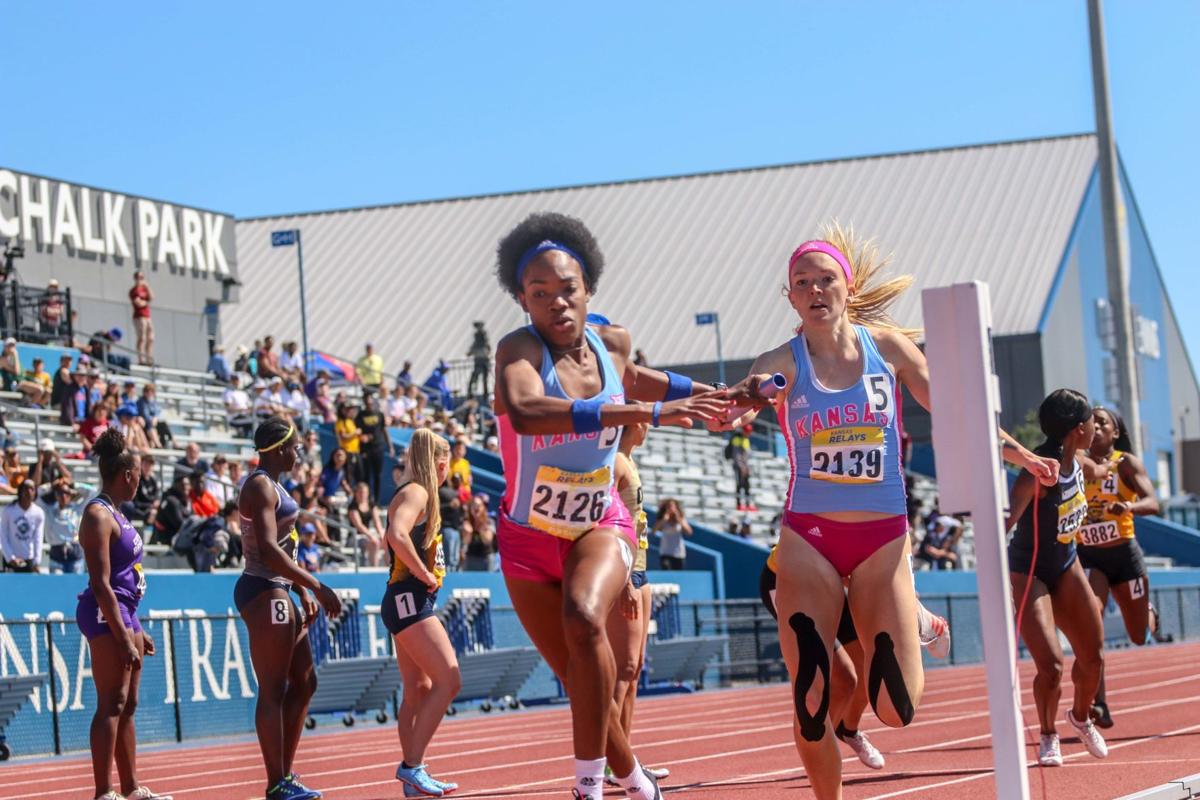 Senior Nicole Montgomery passes the baton off to senior Marleena Eubanks in the 4x400 meter relay at the Kansas Relays Saturday, April 20th. 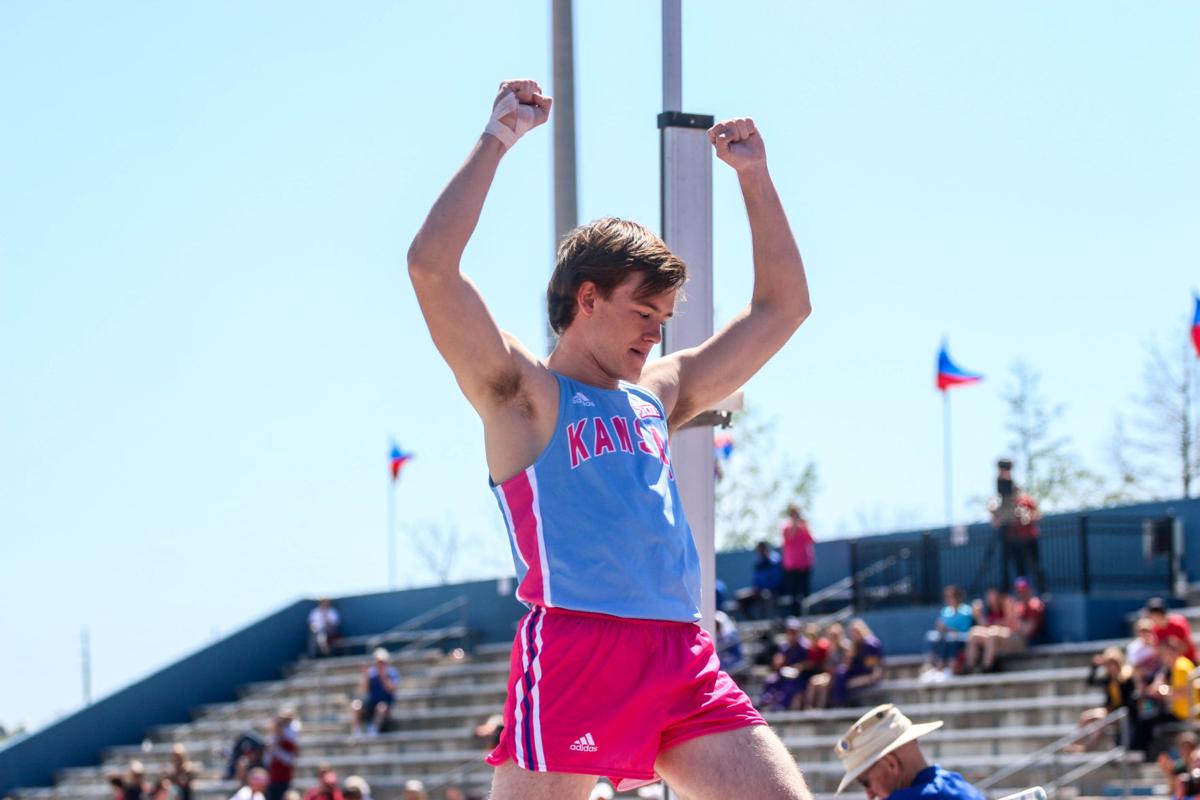 Even though it's still the offseason, the summer has still proven to be quite successful for Kansas track and field. Athletes all across the roster have competed in numerous locations around the world, with multiple athletes finishing in first place.

The highlight of the summer has been senior mid-distance runner Bryce Hoppel, who was announced as one of 96 athletes to compete for the United States in the 2019 Pan American games.

Before that, though, Hoppel competed against names such as Oregon Project's Craig Engels, who will represent the U.S. in the 1500-meter run at the Pan American games, at the Sunset Tour Tuesday night.

Hoppel’s victory was his 20th-straight individual win, as he went 19-0 in individual competition during the 2019 indoor and outdoor track season, winning two national titles in the process.

Junior thrower Alexandra Emilianov competed in the Moldova National Championship. With a discus throw of 61.62-meters, Emilianov won the national championship and set a new Kansas record. The record she broke was her own former record, 60.24-meters, which she set her freshman season at the 2018 Big 12 Outdoor Championships.

With her throw, Emilianov will be given the opportunity to compete in the IAAF World Championships, which will take place from Sept. 27 to Oct. 6.

Former Kansas athlete Marleena Eubanks also competed on the global scale in Jamaica at the National Senior and Junior Championships. Eubanks ran a 2:06:22 in the 800-meter run, placing fourth in the event.

Redshirt senior Ivan Henry also competed at the meet, running a 47.77 in the 400-meter run to finish fifth in the event. It was the first time he ran in the event since Aug. 2018.

At the USATF U-20 Outdoor Championships, both sophomore jumpers Rylee Anderson and Treyvon Ferguson competed.

Ferguson took a national championship in the triple jump with a leap of 16.13-meters. With his victory, Ferguson will compete for the U.S. at the U-20 Pan American games from July 18-21.

Anderson placed ninth in the women’s high jump with a leap of 1.70-meters.

Sophomore pole vaulter Zach Bradford will also compete for the U.S. at the North American, Central American, and Caribbean (NACAC) U-23 Championships on July 5-7.

Bradford is coming off a strong freshman season at Kansas where he placed sixth at the NCAA National Championships. Bradford also holds the Kansas outdoor pole vault record with a jump of 5.77-meters, which he set at the Kansas Relays.

The young success of Kansas this summer could show what is in store for the Jayhawks. With the talent surrounding the program, there is potential for the team to become even more competitive than it already was.