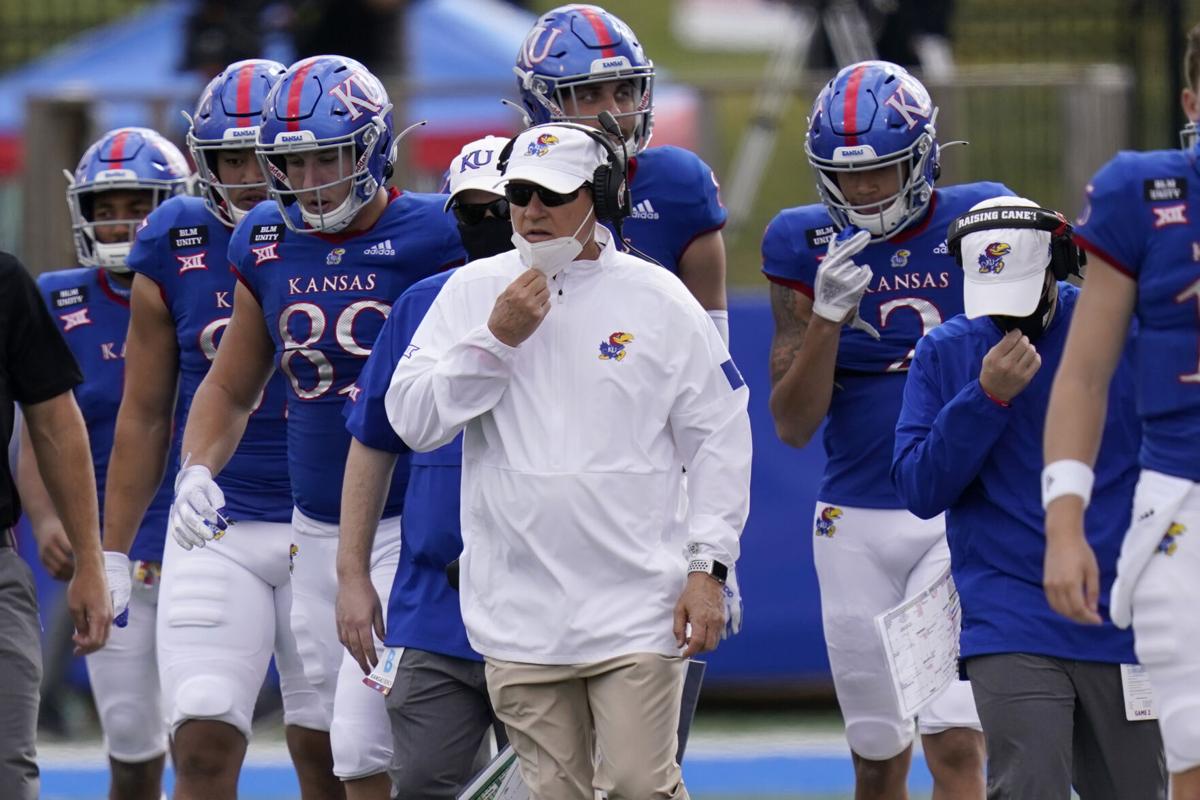 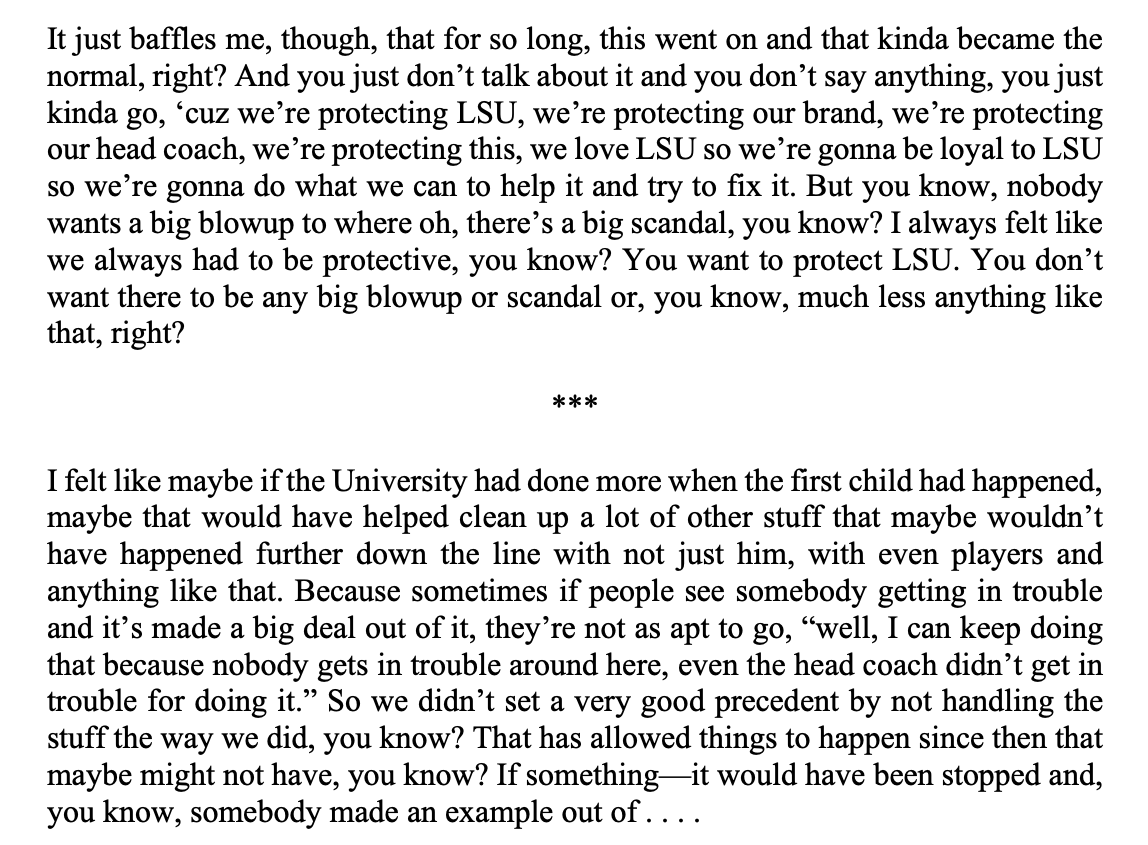 Kansas football coach Les Miles has been accused of allegedly demanding he wanted to hire “blondes with big boobs” and “pretty girls” as student workers during his time at LSU, according to an independent review released Friday.

The report finds LSU to not have properly handled sexual misconduct claims made by at least two students.

Details surfaced Thursday on the previous sexual misconduct accusations against Kansas football coach Les Miles during his time as head coach at LSU.

Miles has denied all claims of alleged misconduct during his time at LSU, and the Blackwell report said “we are not in a position to offer an opinion on whether the allegations against him are true or not.”

However, the report said that LSU did not handle the allegations “in a manner consistent with then-existing legal guidance.”

Long-time football operations employee Sharon Lewis was the only individual to be punished for failing to make a report under PM-73, LSU’s procedure for handling sexual misconduct. Lewis now serves as Associate Athletic Director/Football Recruiting and Alumni Relations.

“This is ironic because Lewis has lodged several reports of sex harassment throughout her tenure,” the report said.

Lewis mentioned a story involving “Student 1.” The unnamed student came to Lewis upset about something that occurred when she was alone with Miles. Another employee who was with Lewis said the girl seemed “completely traumatized.” Lewis also noted that the altercation was “emotional” and “traumatic.”

Following this incident, Lewis reported the information to Senior Associate Athletics Director Miriam Segar. Student 1 then met with Segar, but ultimately nothing was done about her claim.

Lewis said after this incident, Student 1 “fell off the face of the earth.”

Student 2’s report was initially fact-checked by Alleva and Segar, and then sent to LSU’s own law firm, Taylor Porter, creating a conflict of interest. Taylor Porter knew Miles was hands-on with hiring student workers and had witnesses who said Miles made sexist comments. But Porter concluded that if Student 2 was telling the truth, it would not be prohibited sexual harassment.

On May 15, 2013, the findings of the report were given to three members of the Board of Supervisors at LSU, but no further action was taken. There was also no file for this matter at the university and the report was intentionally stored off-site with Miles’ attorneys, according to the Blackwell report.

Despite assumptions that Alleva accepted the Taylor Porter findings, he recommended the termination of Miles in two separate emails.

The first one was on April 19, 2013, to LSU Chancellor Jenkins and counsel.

The second on June 21, 2013, to counsel and incoming LSU President F. King Alexander.

Following this investigation, Lewis had become “severely distressed” and claimed that athletic department staff was hostile toward her. Lewis also received mental health treatment, paid for by LSU Athletics.

Lastly, the Blackwell report included some remarks from a long-time football staff member about the damage these incidents created within the athletic department.

The University Daily Kansan has reached out to Kansas Athletics for comment but did not receive a response by the time of publication.

This is a developing story.