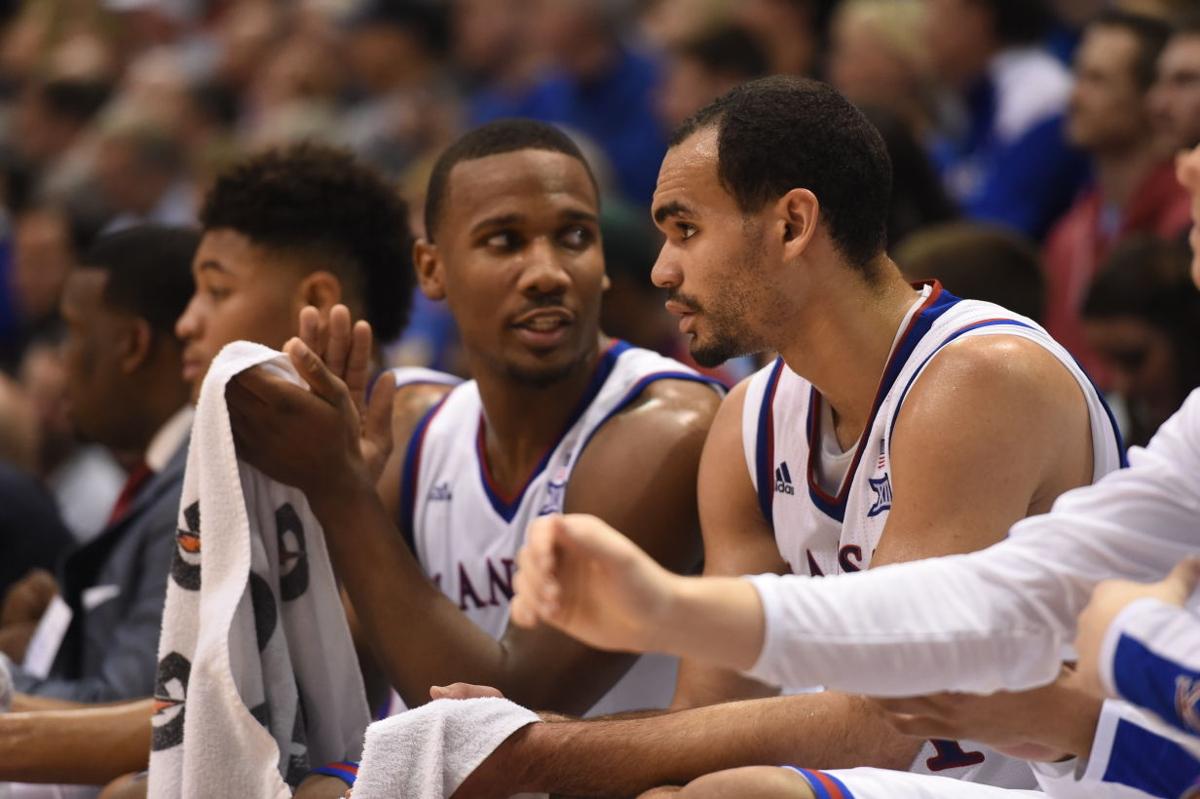 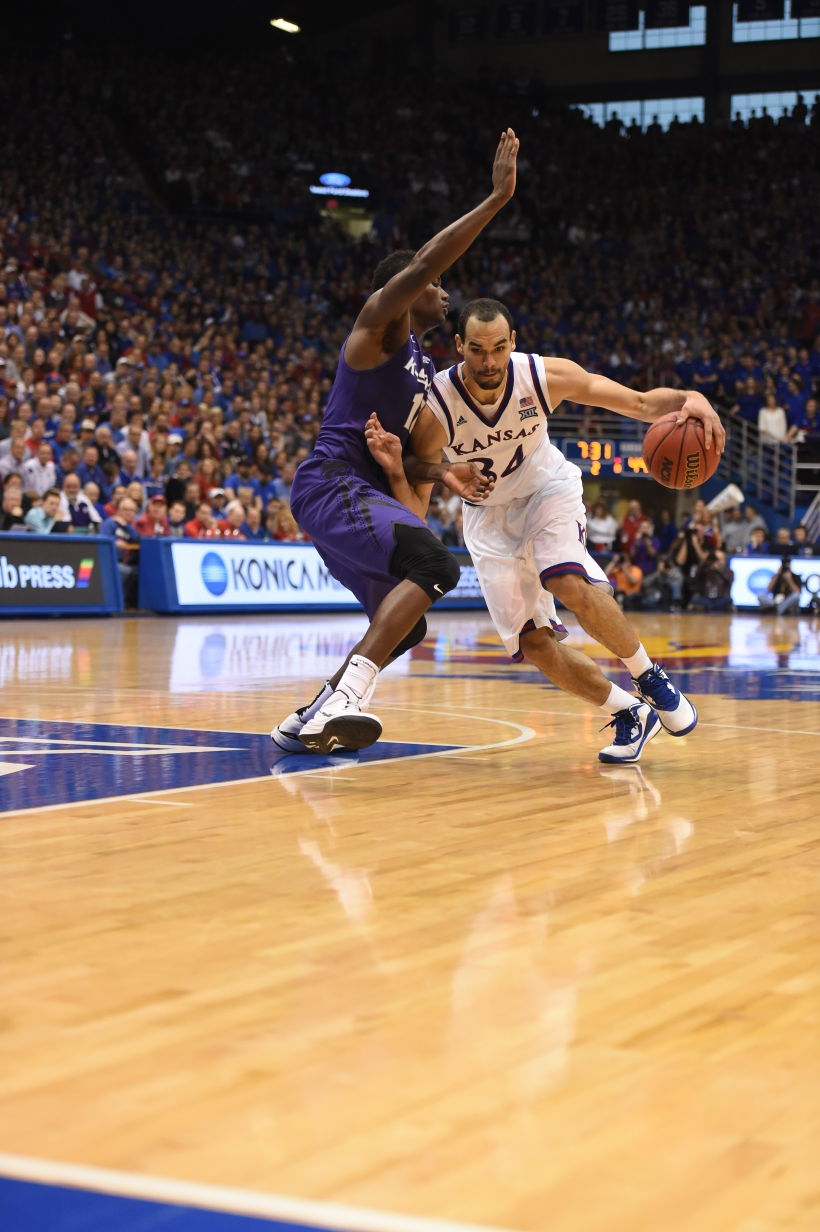 The first installment of the 2015 Sunflower Showdown was decided early in the first half. The Jayhawks silenced the Wildcats' comeback attempts all afternoon, eventually defeating them, 68-57.

No. 9 Kansas (18-3, 7-1) came out of the gate scorching hot against its in-state rival. By the second media timeout, the Jayhawks had an 11-point lead while shooting 64 percent from the field and 40 percent from behind the three-point line.

“We played good in spurts today,” coach Bill Self said. “We played solid defense and scored in spurts in the first half.”

Kansas State (12-10, 5-4) struggled from the floor early, converting only one field goal through the first eight minutes of play. The Wildcats shot 17 percent on 6-of-35 from the field in the first half and finished the game shooting 33 percent from the field.

In the first half, junior forward Perry Ellis had one of his strongest halves in recent memory. He was an absolute monster down low, dominating both offensively and on the boards, posting a double-double with 13 points and 10 rebounds in the period.

“It’s always a fun game playing against them [the Wildcats],” Ellis said. “I was aggressive early and grabbed a lot of rebounds.”

While Ellis had trouble getting going in the second half — finishing with 16 points and 12 boards — his strong play early in the game helped Kansas get ahead and stay ahead the rest of the game.

“We had a feeling it was going to be his [Ellis’] night,” freshman guard Kelly Oubre Jr. said. “It was against his in-state rival and he came up big for us.”

The Jayhawks took a 33-17 lead into the half with one of their most productive players on the season having yet to score. Sophomore guard Frank Mason III came into the game having scored 10 or more points in 17 consecutive games. With 12:43 left to play in the game, Mason used some fancy footwork to help him convert a floater in the lane for his first two points.

Mason struggled to find open shots down the stretch, shooting only 3-for-12 from the floor. But with 22 seconds left on the clock, Mason sunk his third and fourth free throws of the contest to reach 10 points and extend his streak to 18 games.

Just as Kansas State started chipping away at Kansas’ 17-point lead, sophomore guard Brannen Greene stepped up just like he has all season. With three-point field goals on consecutive possessions and an assist to freshman guard Devonte’ Graham, Greene extended the Jayhawk lead back to 16. Greene finished with 11 points on 4-of-5 shooting and 3-of-4 from the three-point line.

“Brannen [Greene] kind of bailed us out,” Self said. “He was able to make four shots outside of 17 feet when we didn’t run good offense. He jumps up and shoots it as good as anyone we've ever had.”

After a slow start in the first half, sophomore guard Wayne Selden Jr. was Kansas’ most productive scorer in the second. Whenever the Wildcats seemed to be making a run at the Jayhawks’ lead, Selden was there to knock down an open jumper. Selden finished with 14 points, 10 coming in the second half, and four blocks on the defensive end.

“My teammates found me for open opportunities and I was able to knock them down,” Selden said. “Coach [Self] wants me to be more aggressive on the offensive and defensive end.”

With two minutes to play, Selden missed a turnaround jumper that was rebounded by the Wildcats. Wesley Iwundu found himself alone under the basket for a fast-break dunk. Selden sprinted from behind half court to chase Iwundu down for the block that led to two free throws.

Selden’s block put an end to all hopes of a Kansas State comeback, as Kansas shot free throws the rest of the way for the win. Up next, the Jayhawks will host Iowa State on Monday night.

“We owe them,” Selden said. “They outplayed us in Ames and it’s time to get them back.”