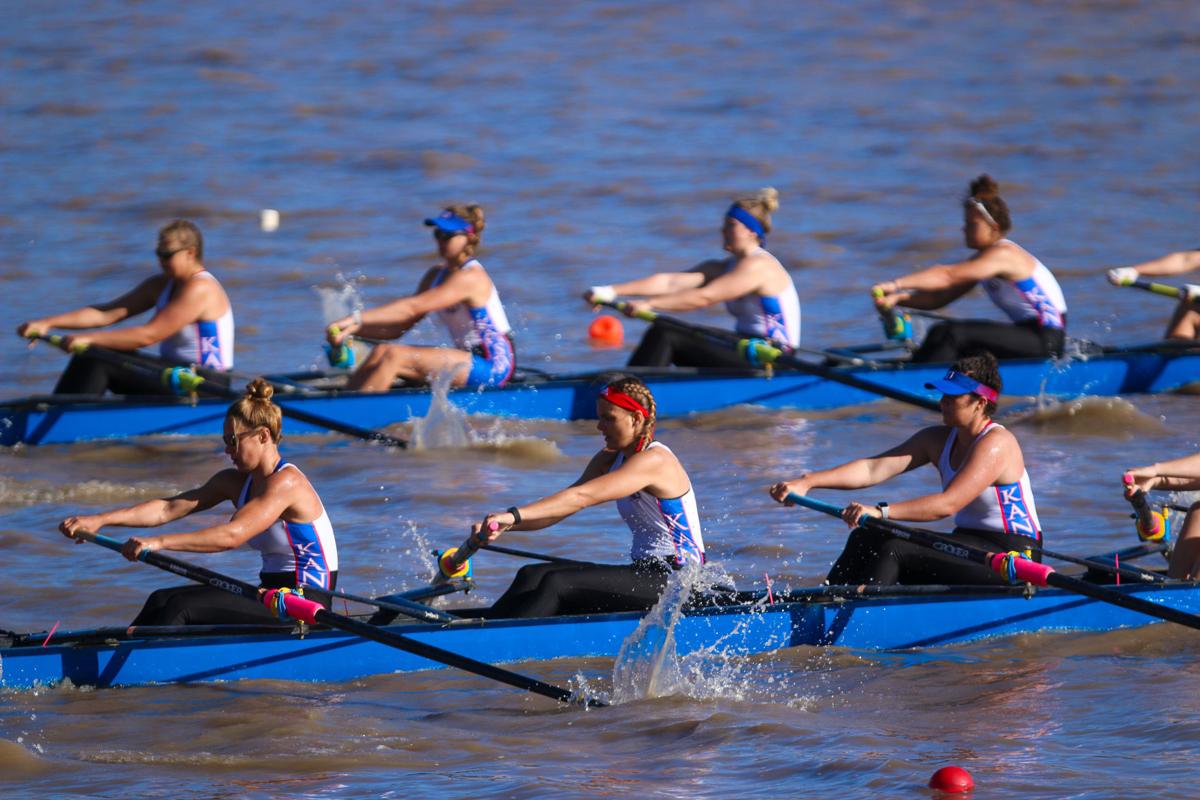 Two Jayhawk boats compete to finish first in the women's 300-meter sprints during the Jayhawk Jamboree Regatta on Sunday. 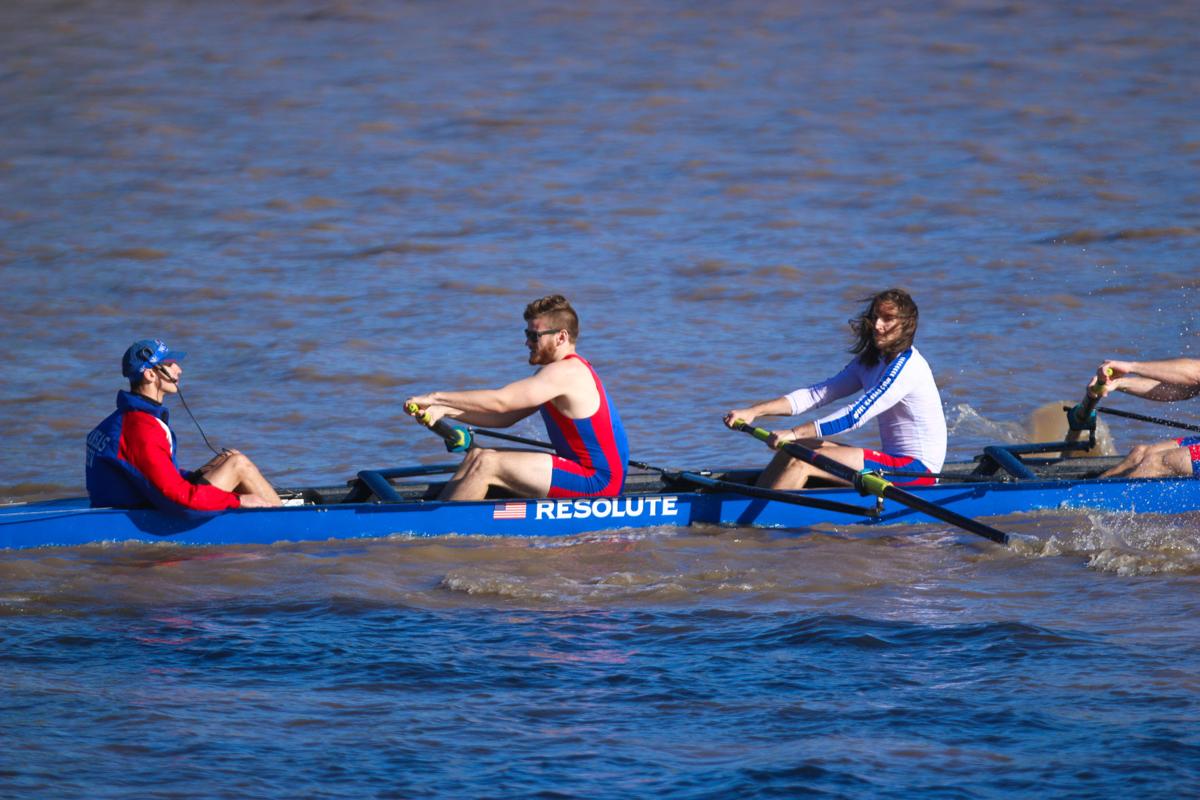 The Jayhawks compete in the men's 300-meter sprints during the Jayhawk Jamboree Regatta on Sunday.

Two Jayhawk boats compete to finish first in the women's 300-meter sprints during the Jayhawk Jamboree Regatta on Sunday.

The Jayhawks compete in the men's 300-meter sprints during the Jayhawk Jamboree Regatta on Sunday.

Kansas rowing's annual Jayhawk Jamboree was highlighted by the women’s collegiate 8 race, in which the Jayhawks placed two boats inside the top 10.

The Jayhawk Jamboree, which is the Jayhawks only home regatta in Lawrence this season, welcomed nine teams and featured over 125 boats racing on the Kansas River. Food trucks filled Burcham Park, with large fan bases from Kansas, Kansas State, Wichita State, Iowa and Colorado, and a live cover band, creating a festive and electric atmosphere.

Family members, kids, dogs, grills and lawn chairs lined the shores of the Kansas River, and as each race concluded and races got closer to the crowd, intensity and excitement grew.

However, strong headwinds in the early races proved difficult for the rowers, causing posting times much lower than usual. Errant oars would skip off the small wakes, hurting momentum. Additionally the strong winds made judging leads, or deficits, difficult.

The event also was host to one of the first novice events of the season. Novice events are exclusively for rowers in their first year of eligibility. The collegiate novice 8 races were particularly windy and rowers had a harder time getting their oars out of the water.

In the novice 8 race, the Jayhawks’ took first place, with a time of 15:39.1. Freshman Lillian Thomas, who was a member of that winning boat, attributes the victory to the determination of the crew.

“Our boat did a really good job staying focused, staying strong, staying relaxed through the really bad conditions and that is what I’m most proud of,” Thomas said.

A group of mid-day events were cancelled due to the strong headwinds, but the regatta resumed with the women’s collegiate 8 race. The Jayhawks finished in fourth behind strong showings from Oklahoma, Tulsa and K-State, with the second, third and fourth teams finishing within 12 seconds of each other.

The regatta concluded with the sprint races in which Kansas (0:58.7) out-dueled K-State (0:59.5) in the final by less than a second. Junior Reese Arnold said that racing against an in-state rival helped fuel her boat to victory.

“Someone in our boat said ‘this is the Sunflower showdown part one’ so we knew that we had to beat them and build upon what we had done so far and showcase for this upcoming year," Arnold said. "Beating our rivals was the sweetest victory."

Kansas finished the day with two first place finishes and seven boats with top 10 finishes. Despite strong showings today, coach Carrie Cook-Callen insists there is still work to be done.

“We’ve been hindered by heavy flow all fall but many teams in the midwest have had similar problems - Tulsa currently,” Cook-Callen said. “We are excited to just keep training, and we’ll have the chance to evaluate ourselves in just under two weeks.”

Kansas will next travel south to Oklahoma for Tulsa's Fall Regatta on Saturday, Nov. 3.