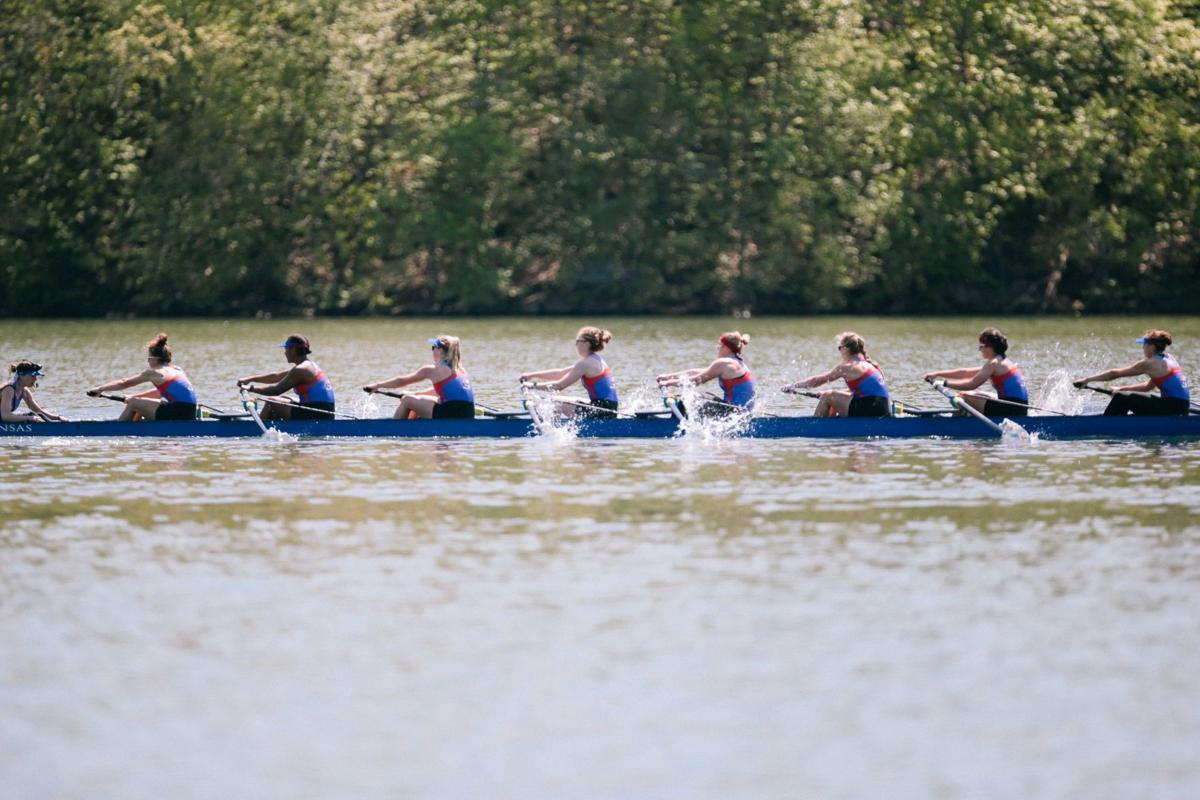 Kansas rowing competed for two days at the Verdigris River on May 4, 2019. 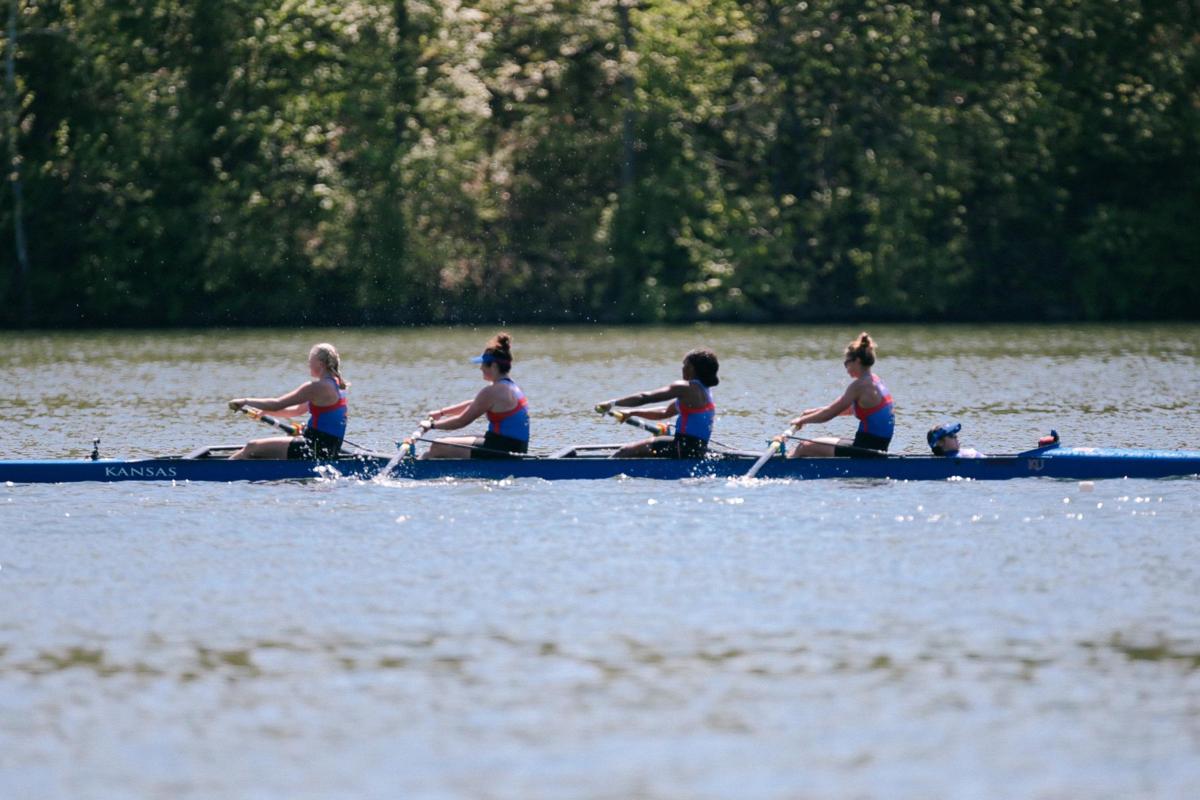 Kansas rowing competed for two days at the Verdigris River on May 4, 2019.

Competing in its final regular-season regatta of the year, Kansas rowing was swept by in-state foe Kansas State in the Dillons Sunflower Showdown on Saturday.

The Kansas State victory at Wyandotte County Lake in Kansas City, Kansas, marked the second-consecutive Sunflower Showdown win for the Wildcats, where they claimed gold in all five races to tally a final score of 22-0.

Despite the loss, the Jayhawks used the day to celebrate their 12 seniors in their final home competition, three of which competed in KU’s first Varsity Eight, Wave the Wheat, and claimed the finish closest to a victory on the day. Led by seniors Bailey Blood, Peyton Anderson and Lilly Stewart, Wave the Wheat crossed the finish line at 6:24.15 mark, less than a second behind the Wildcats.

"We had so many outcomes at play today,” Kansas coach Carrie Cook-Callen said according to a Kansas Athletics press release. “We had a few boats that probably raced their most complete race of the season. We had a few boats that broke right off the start in the first 500 meters and that made it hard for them to come back against a good Kansas State crew this year."

The Jayhawks will return to action Saturday, May 18 in Oak Ridge, Tennessee, as they travel to the Big 12 Championships.

"We have two weeks to find our best in preparation for the Big 12 Championship,” Cook-Callen said. “I know this group will remember today, but will also work for what we have to do two weeks down the line. I'm looking forward to seeing this group's best, top to bottom, in two weeks."