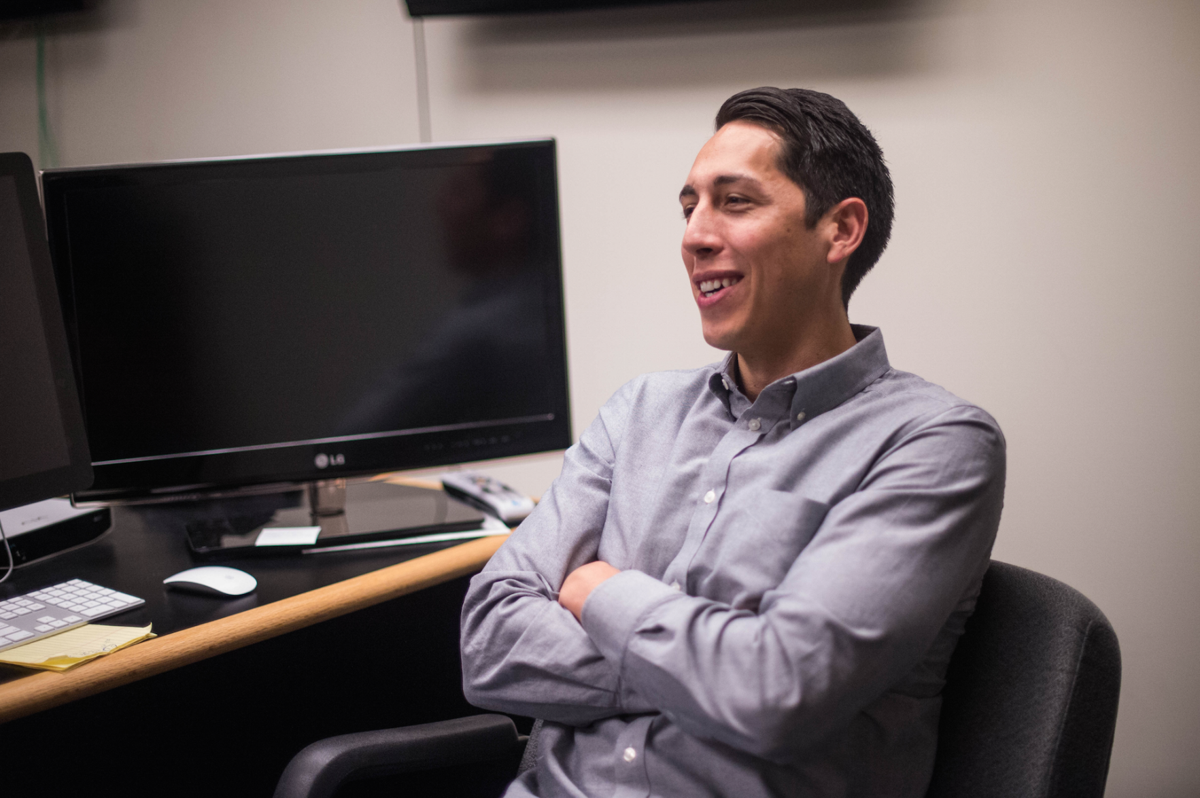 Douglas Shepperd is the lead composer of the Kansas men’s basketball introduction videos.

Douglas Shepperd is the lead composer of the Kansas men’s basketball introduction videos.

When Kansas basketball fans think of the introduction video played before the starting lineup announcement, they think of the chills that run down their spine.

The “goose bumps” feeling is what Douglas Shepperd, lead composer of the Kansas men’s basketball introduction videos, is looking for when creating the ultimate introduction video. The feeling needs to provide energy for the fans, he said.

The video needs to encompass the right amount of history with a mixture of what Shepperd likes to call “dope” music. He estimates the music is 80 percent of what makes the video.

“It’s weird saying audio is 80 percent of a video, but in the environment that it’s played and the timing that its played, I feel like the music coupled with the clips that Kansas fans know and love can throw it to the next level,” Shepperd said. “That’s when it gets super exciting.”

In 2005, when the videoboard debuted in the Allen Fieldhouse, the background music to the introduction video was a U2 hit, "Where the Streets Have No Name."

The song everyone hears in today’s video is "Lux Aeterna," by Clint Mansell with the Kronos Quartet.

The Kansas players feed off the crowd’s reaction from the videos. Perry Ellis said he has a great time watching the introduction videos before every home game.

“Just hearing the fans get pumped up about it, for highlights from all the previous people that have been here, it gets us motivated and gets us ready for the game,” Ellis said.

Shepperd said as important as the music is to pump up the crowd, it’s the clips of Kansas basketball’s biggest moments that puts the cherry on top of the video.

Every introduction video features the Chalmers miracle, the Paul Pierce dunk and the lasting second of the 1988 national championship game.

Boise State gets shut out in second half, gives up lead in 27-16 loss at No. 21 San Diego State

“I can’t think at the top of my head the last time we didn’t use those guys in [the video],” Shepperd said. “Those guys almost have to be in there.”

The introduction video will undergo a “fresh paint job” for next season, and Shepperd said the Mario Chalmers shot will never be left out of the video because “Mario’s shot is the best or the biggest.”

Even Bill Self recognizes the role of the introduction video. Self said he knows which video clips are coming and he still gets excited.

“I know exactly what's going to happen,” Self said. “I know Paul Pierce is going to go baseline and dunk it.  I know Mario (Chalmers) is going to get a pitch‑back and make a three.  Then you obviously get a chance to hear the Bob Davis voice-over.  That's what gets me excited.”

At the end of the day it’s all about the fans, and Shepperd takes the most pride from providing energy to the historic Allen Fieldhouse.