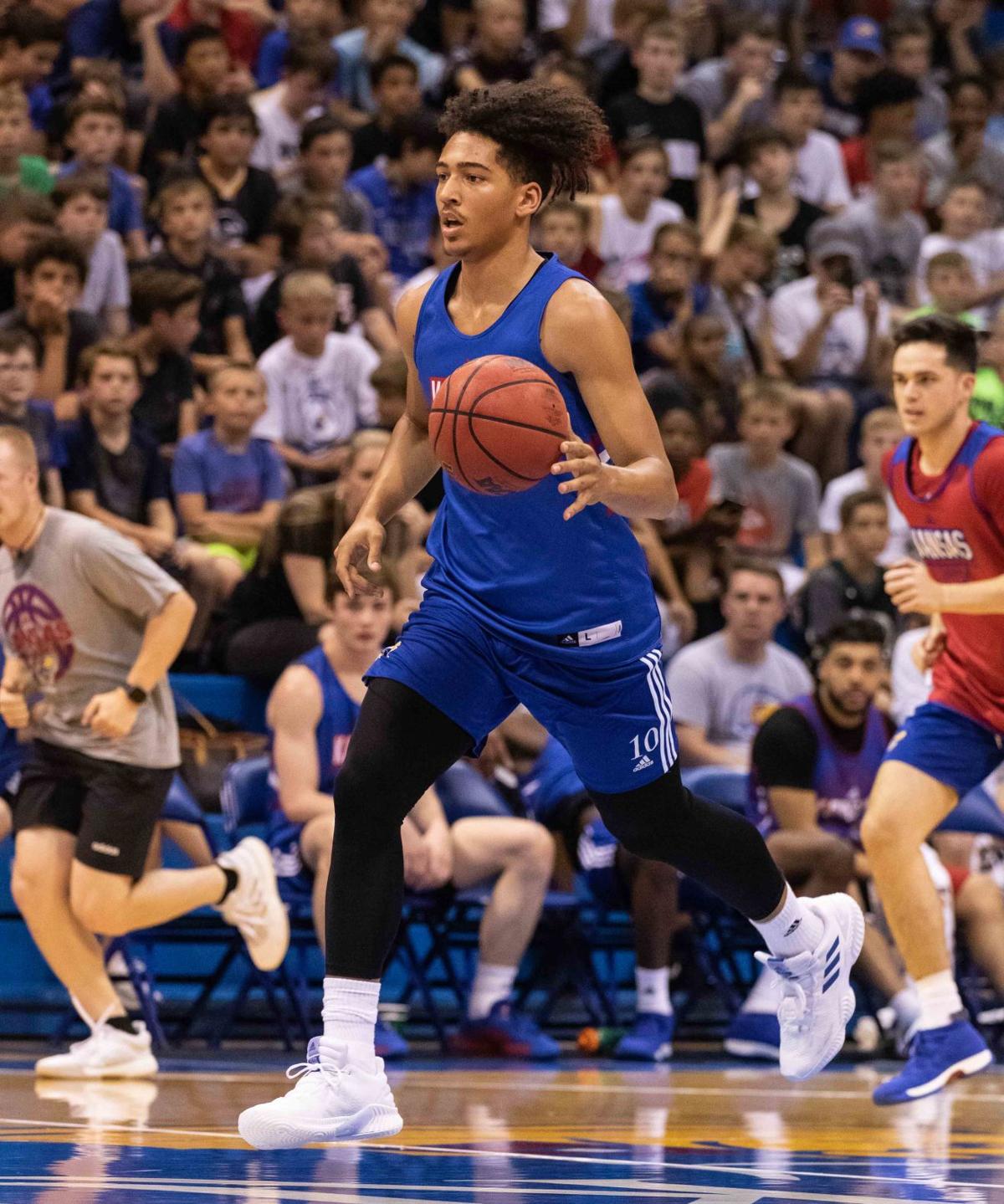 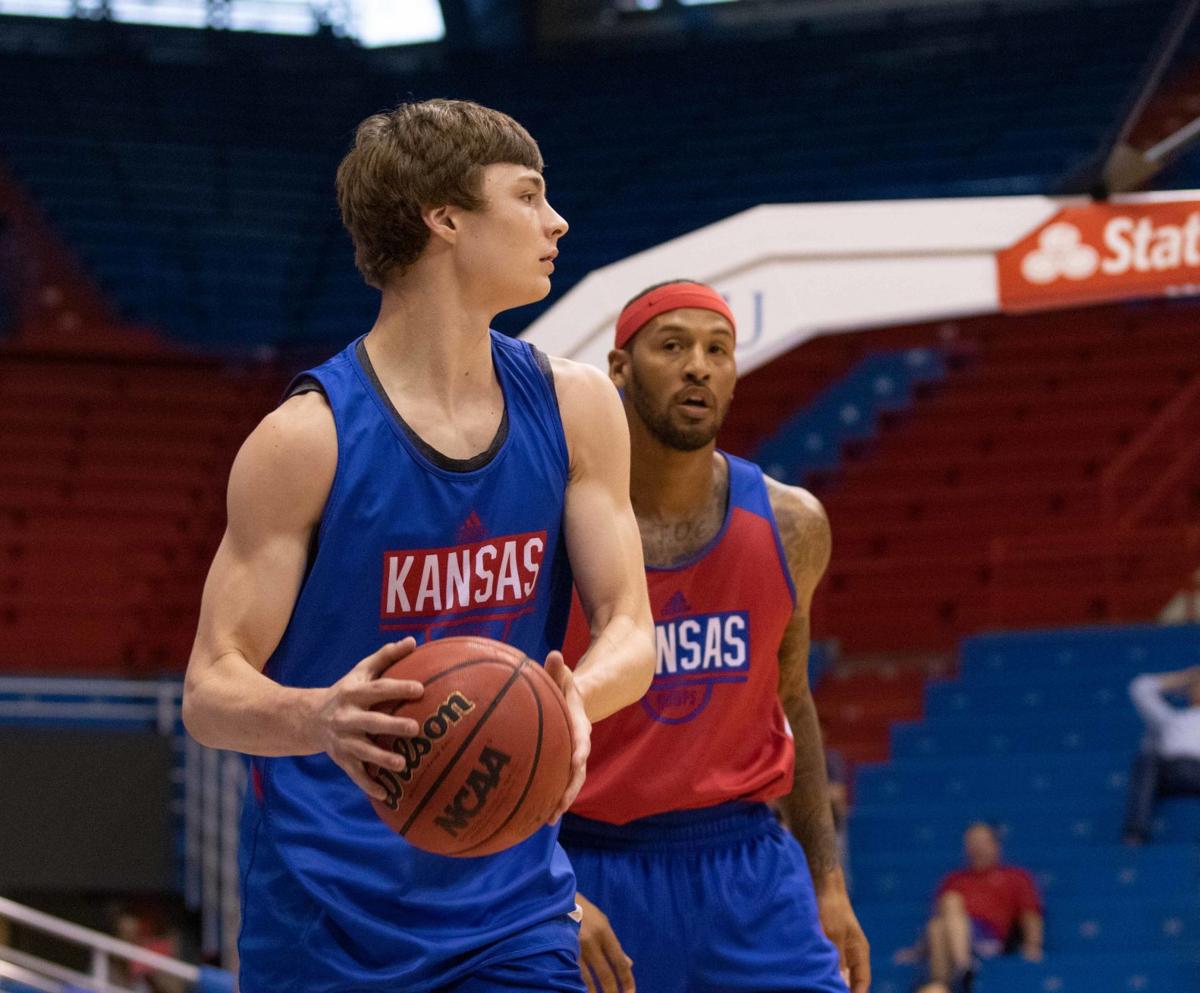 Freshman guard Christian Braun looks for a teammate to pass to during a summer scrimmage on Tuesday, June 18.

Freshman guard Christian Braun looks for a teammate to pass to during a summer scrimmage on Tuesday, June 18.

A year ago this time, the Kansas men's basketball roster was loaded with high-caliber talent. Anything short of a Final Four appearance would've been considered an underachievement at best. But as it came to be, the Final Four wasn't even within shouting distance when the Jayhawks fell to Auburn in the second weekend of the NCAA Tournament.

Throughout the course of 2018-19, Kansas couldn't have had more issues arise. Then a sophomore, forward Silvio De Sousa missed all season due to a strenuous investigation by the NCAA. Udoka Azubuike tore a ligament in his right wrist at practice right before the conference opener against Iowa State. Lagerald Vick left the team and never returned after a loss to Kansas State in February.

In all the chaos, one of the most cherished accolades in the program, the 14 consecutive conference titles, ended. However, with the streak officially snapped, this season presents itself as not only a chance at redemption for a conference title but also to mold a national championship contender team. That being said, here is who the Jayhawks have bolstered their already experienced roster with:

Highly touted for his three-point shooting capability, Moss joined the Jayhawks back in June after transferring from Iowa. Averaging 9.2 points per game and shooting 42% from beyond the arc, the 6-foot-5 guard adds another weapon to the arsenal head coach Bill Self obtains. The usual culprit of knocking Kansas out of the tournament late in March, the three-pointer evaded the Jayhawks' offense last season. If Moss can mimic his numbers from Iowa, Kansas could give its opponents a taste of their own medicine this coming year.

A native of Denton, Texas, Wilson is a versatile forward who can play the guard position. Ranked the no. 9 small forward in the 2019-20 recruiting class and  the no. 47 player overall, Wilson chose Kansas over North Carolina in a tight recruiting battle. Adding size and depth to the roster, Wilson could serve as a solidified swing man off the bench for the Jayhawks this winter.

Providing more size to the forward and guard position, Enaruna is a 6'9 wing player from the Netherlands. Rated the eighth-best small forward and 44th overall recruit in his class, Enaruna is similar to Wilson in physical build. Like his freshman counterpart, he will battle for meaningful minutes off the bench in the early going.

Receiving other offers from Virginia and Auburn, McBride is a product of The Baptist Preparatory School in Little Rock, Arkansas. With sophomore guard Devon Dotson returning to Kansas, it's likely McBride won't be appearing as frequently in the rotation. However, averaging 24.5 points, four rebounds, 2.5 assists and 1.6 steals a game in high school, the 6'1 point guard has a chance to exceed expectations at a school that breeds high-profile talents from the guard position.

Son of Southern Methodist head coach Tim Jankovich, Michael joined the Kansas basketball program as a walk-on in May. As a junior at Jesuit High School in Dallas, Michael averaged 13.4 points and 4.4 rebounds per game.

A local player from Blue Valley Northwest High School, Braun ranked 93rd nationally in his class and the 22nd player at his position. The 6'6, 180-lb, small forward committed to Kansas in September of 2018 after receiving 17 other offers. Hailing from Overland Park, Braun is the one of two members of the current roster from the state of Kansas (Chris Teahan, born in Leawood).